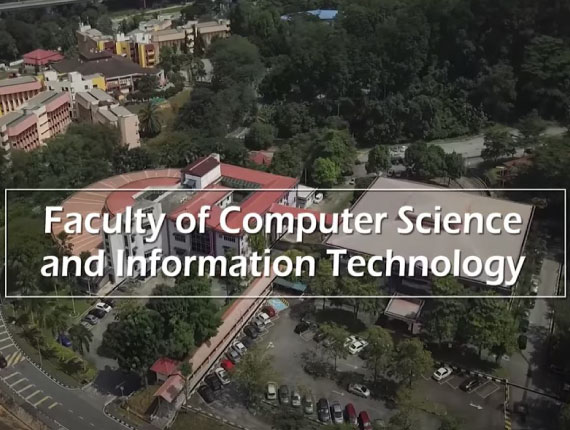 In 1974, the Diploma in Computer Science postgraduate programme was introduced. From its inception in the 1974/75 session to the 1999/2001 session, a total of 304 students had been awarded the Diploma.

To enrich lives and shape the future for the nation and humanity through education, research and technopreneurship.

Various courses offered by the faculty. 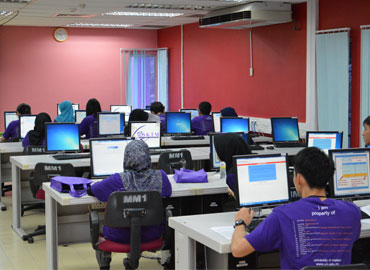 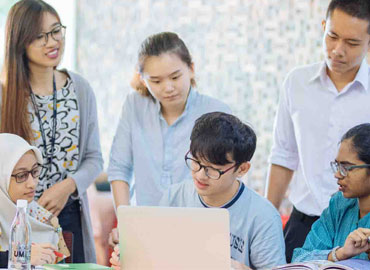 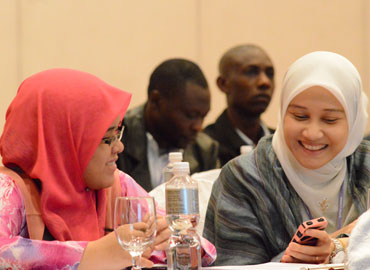 Entry Requirement & How to Apply

Please come and join us! .Any queries please visit us. 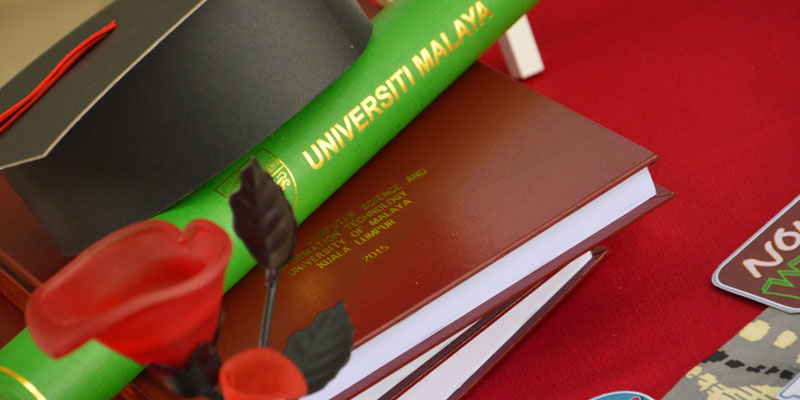 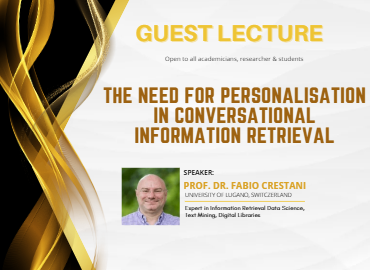 The Need for Personalisation in Conversational Information Retrieval 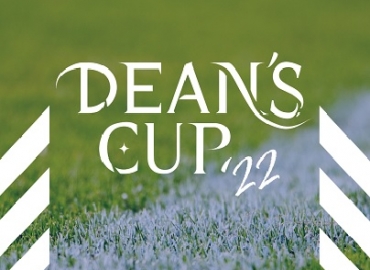 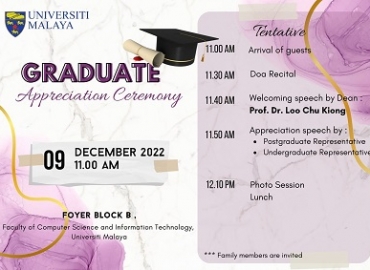 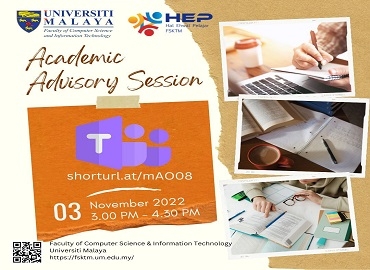